To be honest, * Tekken is featured on this list also because its urban legends are countless. Among them, Lei’s story definitely stands out.

“I thought this legend’s popularity was limited to our city… I was utterly wrong! Years after Tekken 3 was released, I was having dinner out with a group of college mates – 1000 km far from home – when we started talking about video games.

My father has already talked about Kick and Run/Angry Soccer, but only because it is one of his favorite retro soccer games. Today, I am going to tell you about its personal urban legend.

My dad – who was and still is unbeatable at Angry Soccer – did not buy into that one bit and immediately changed his attacking strategy. For a few days, his trusted US team became more of a one-man army. All he did was passing the ball to his keeper and dribbling his way to goal.

For the record, the guy only made a fool of himself and ended up getting kicked out of the arcade to the cries of “Big fail”.
* 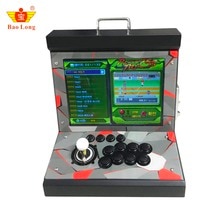