Welcome to the second and last part of our journey through the top 10 retro soccer games.

The first part featured the games ranked from 10 to 6, so no dilly-dally today: it is time to reveal the titles that occupy the top 5 positions in the ranking. I hope you have not unfastened your memory belt, as another back and forth ride in time is coming. Are you ready to find out who the undisputed king of retro soccer games is?
Kick off (no, not the game lol)! Forget about its two official names, this game was universally called “Angry Soccer”, period.
Except for a goal being scored, everybody had an angry, funny face… Even the referee!

But I loved it, it looked like a cartoon. I wasted away with tournaments at my local arcade with my schoolmates, much to the joy of the owner. 10 years later, the man still remembered those times when that weird soccer game earned him at least 50 bucks a day. It was probably the most crowded cabinet he had ever had.

Back to the game, I recall I used to drive older boys crazy with my USA (the fastest team in the game). Most of them would pick Germany because their players shot hard, but there was little they could do, when they had to face a team, whose players were basically uncatchable.

I just loved to hide the ball from them and score with a bicycle kick from outside the penalty area.
I was not one to brag, but I had a special catchphrase for sore losers (there were a few, sadly): “Germany shoot hard, but it is hard to shoot when facing USA!”.

Needless to say, such “soreboys” grew even more frustrated and would call me names at will. Actually, It was a crescendo of insults and physical threats, but no risk no fun, as they say. 😀 * The best retro Pes by far. If on one hand, it is safe to say that Konami revolutionized the world of soccer video games, on the other one, Pes transition to the PlayStation 2 did not turn out very well.
A series of titles with gameplay, technical flaws partially ruined the relationship of trust between Konami and their fans. Luckily, Pes 5 set things straight.

What a qualitative leap compared to its predecessor (Pes 4): goal-actions, goalkeepers’ saves and animations were finally credible. In addition to that, the players’ movements without the ball were logical and well-timed, thus giving through passes a reason to exist. Last but not least, graphics were worthy of the name.

Not the best retro simulation of a soccer game – the award goes to the runner-up on this list – but definitely a solid effort by Konami.

I played Pes 5 for the whole 2005/2006 season and partook in all the Summer tournaments that were arranged in my town.
Lots of pleasant memories. I recently beat this game with Holland and published the video on my YouTube channel. Please check it out!

Someone calls this soccer video game by Konami the forerunner of the Pro Evolution Soccer saga. In fact, it is possible to recognize more than a few similarities with Pes, not only in the players’ movements, but also in commands and celebrations.

What I loved most about this game was both the chance to create amazing goal-actions and the different characteristics of each team. Forget about all-star and “all-crap” teams:
Soccer Superstars’ sides featured tight-marking defense and/or skillful center backs on high balls, technical and/or muscular midfielders, fast attackers and/or a powerful shot taker.

The last was Holland’s lethal weapon and a guy I used to play seemed to know that very well.
None of us were able to understand how he never failed to score from outside the box and -obviously – he would not tell anybody (in a world without internet certain peculiarities could only be discovered through experience 😀 ).

I think we had a bias against the Dutch squad, so we were more apt to believe that the guy was using some tricks. We eventually figured the whole thing out and got his number: no tricks, only super bombs shot by his central forward, but still we needed to erase that cheeky grin from his face.

I secretly implemented a defensive strategy with Italy and on the day of a legendary tournament – which took place at my favorite arcade – I met him in the quarterfinals: he did not know that I had figured out how to stop him and when I demolished him 4-0 to popular acclaim, he got hysterical, left the arcade and never set foot in there again.

Football Kingdom was billed as the next big thing, at the time. I still wonder why Namco never released a sequel, what a shame! As the title suggests, it deals with a trial version and not the definitive game. Some flaws are therefore noticeable, but they are outshone by its superb overall quality.

Make no mistake, the learning curve is very high – not to say a bit frustrating – and it will take a while before you can fully understand its deep gameplay mechanics. If you are tenacious enough though, you will have the privilege to play a soccer game that conveys a strong feel of realism.

(almost) Anything is possible in this game: I still remember when I found out there was a dedicated button to slow down the ball carrier’s run: right after I pressed L2, some of his teammates started to sprint in order to receive a through ball in the open space. Amazing, teamplay at its best!

And what about those magnificent, ultra-accurate 40-meter long balls that – if taken with a technical player – just land on the attacker’s kicking foot? Such freedom of movement on the pitch lends creativity (almost) unlimited powers so, in the long run, you will be able to play quality soccer and score some incredible goals.

I must confess that Football Kingdom was the first soccer game simulation that made me experience suspension of disbelief. It is truly hard to believe that it was released 14 years ago… Still worth and ridiculously fun to play!
* All hail the King!!! If there was ever any doubt, I will be quick to remove it.
Sensible World of Soccer (aka Swos or Sensi) is not only the best retro soccer game, it is also the best soccer video game ever, one of the best video games in history and last but not least, one of my favorite video games of all time.

I have played it without interruption since 1992, when it was still called Sensible Soccer. It was love at first sight and the beginning of an endless addiction to a game that – despite featuring disarming simplicity – never ceases to amaze you.

You do not need a variety of buttons to proficiently play Swos: just maintain different levels of pressure on a single button and those pixelated soccer players will execute countless technical gestures.

Sensi is all this and much more: it is friendship, fits of laughter, joy and sleepless fun nights.
And again, Sensi is carefree teenage memories, ranging from the hours spent editing custom teams with the names of your friends/classmates, to browsing through the thousands of clubs in its database, looking for hidden champions for your career mode team. When I found one, I would brag (in a funny way) for weeks, I felt like a real talent scout. 😀

Swos was also the first soccer game to feature players with different – and customizable – physical characteristics. I know, such a customization sounds laughable today, but back then, seeing a fair-haired Dennis Bergkamp or a dark Skinned George Weah really had an impact on us fans.

Anyway, I think it is unjust to go on now: this is just a summary and Swos deserves its own article and its own page.
It will not be long before I write it and it will be something like “26 years of Swosness”. 😀

Swos walks away with an overwhelming victory, how could it be otherwise? We are talking about a game that – after 26 years from its first release – is still played by thousands of people around the world. Many of them do even play it online, thanks to a program called Kaillera.

For the rest, I know that there are some high-profile exclusions in this ranking (Kick Off anyone?), but I guess this is the beauty of lists: you can compare your personal opinions and experiences to enrich one another and learn new things.

For this reason, I am looking forward to hearing your thoughts on this evergreen topic.
Whether you agree with me or you think my ranking needs VAR, I will be more than happy to officiate… 😉

Till next Retro ranking! 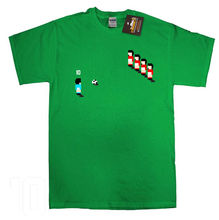