It is hard to imagine a day when computers were an obscure thing and mainly the reserve of the rich and corporations. Companies that pioneered mass market models often met with either dizzying success or staggering failure. That is because there was no template for success back then. People did pretty much whatever they thought felt right – or that fell within budgetary parameters. That’s why you see so many all-in-one designs that place the computer inside of the keyboard. An absolutely bizarre configuration by today’s standards, this format was popularized as the go-to model design for consumer models.

The first to reach one million units in sales and create a sensation in its wake was the Commodore VIC-20. An 8-bit home computer made by Commodore Business Machines, the VIC-20 introduced tons of users to the power of a computer as a business machine and personal device. Of course, a huge part of this was video games, though probably not the kinds of video games we imagine today.

Not only were these games, on the largely part, simple stuff but also many of them ripped off gameplay concepts from one another. That is a polite way to say that originality was not the order of the day in VIC 20 game development. But what was standard fare, and something that helped catapult the console into popularity, was the novelty of it all. Computers were rare, strange, and somewhat unknown devices. If anyone did have some frame of reference for what a computer was doing, it was probably either from a movie, television show, or arcades.

As you can imagine, bringing this kind of high-level technology into the living room made computers both a sensation but also made some people worried that it was nothing more than a fad, destined to die out quickly and miserably. What computers like the VIC 20 helped do was show the world that, far from being a fad, these devices could become integral parts of everyday life.

So when it comes to video games and this glorious HC, it is the memories made either playing alone or with others and it is partially the novelty and the nostalgia that comes along with that which makes the computer so integral to many older gamers’ personal gaming history. Without further ado, here are the top five Commodore VIC 20 games that I remember fondly from those early days of computers and video games. Truth be told, this game was originally published by Midway in 1981 as an arcade game, and later ported to the Vic-20 by Commodore the following year.

How would I describe this game? Mix Asteroids together with a little bit of Space Invaders and you get Omega Race. Piloting a triangle around your screen, you take out enemies as they appear while avoiding coming in contact with them.

The center of the screen is awkwardly dominated by a huge “high score” and player information box but, aside from that, it is pretty standard fare. Graphics are pretty nondescript and the attempt at music, while appreciated, will probably not be friendly on modern ears.

What Omega Race does offer though is arcade fun and fair but challenging gameplay. Another arcade port coming with a funny story: its original name was Tutankhamen, but it turned out to be too long for the arcade cabinet. Yeah, such things did happen in the 80s, lol.

As for the game, Tutankham looks like a prototype of the adventure role-playing games we enjoy today like Zelda and company. You are an explorer in what looks like ancient tombs. Armed with a projectile weapon, you defeat enemies such as snakes and baddies that look like mummies to retrieve a key and unlock the gate at the end to proceed to the next level.

If you had a color display, this game’s graphics are actually quite impressive. From bright colors to detailed sprites, Tutankham has some high-quality production values underneath it all. This game has an interesting concept that might not be the most appropriate in the age of terror. Still, it is an intriguing gameplay conceit that, with a few changes, would be pretty appropriate for modern smartphones and the like.

You fly a plane across the screen as it descends ever lower. With each pass you get one bomb to drop on the skyscrapers below to level them and avoid a collision. The challenge here is both picking the right sequence of skyscrapers to level and pressing the button at the right time.

Like I said, not the most politically correct concept for the modern era but a strong gameplay concept nonetheless. Pilot a boat down the river and take out the objects that come along the way. Sensing a theme here? Way too similar to River Patrol.

Like I said, not the most original concepts behind these games on this list but definitely a lot of fun to be had.

Everything is on rails which adds to the difficulty of the game and, like most games in this vein, becomes more fun the better you get at it. Another bell is ringing… Very, very similar to Rally-X by Namco. According to Wikipedia though, it deals with a licensed clone.

You are a rat in a maze, and you have to collect the cheese while avoiding the cats at every turn. Simple enough, right?

Think of it like Pac Man but with rats, cheese, and cats. You actually compete against red-colored rats as you run through the maze, which is an interesting twist on the maze-runner format that I think would have really been cool in Pac Man.

And now, let us find out my number 1 pick… 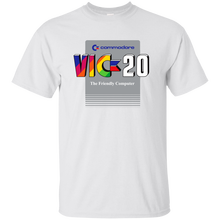 The short description: like Breakout but with seesawing clowns. But this game takes a concept that is pretty tried and true in gaming at this point and adds some fun variants on it. The seesaw keeps clowns destroying blocks above but, beware, if a clown gets caught up on a ledge and falls to the ground before you can catch him with the seesaw, it is game over.

Yes the gameplay might sound easy, but the game is challenging. My older cousin and me would spend hours trying to pop the all blue balloons. For some reason, we thought that clearing away ten rows of them would unlock a special prize, like free games or so… Not sure if we have another gaming urban legend here, but I need to tell James. 😀

Oh, Clowns was also the very first game I played on a home computer, so it will always hold a special place in my gaming heart, even though we never managed to clear more than 3 rows of the above blue balloons, lol.
*


As with any retro console, an individual’s memories are likely to be more powerful than anything else. You can evaluate and judge a game all day long but, if someone had fun, that is all that matters.

What about you, retro folks? Did you own a Commodore Vic 20? What were some of your favorite games to play? Or how about some of your fondest memories of the system? Let me know your thoughts and stories in the comments below.