How many of you guys remember the ColecoVision? A second generation home console from the 80s, but it definitely was not as popular as the Atari ones. It is thought that maybe 2 million of them sold, but the Atari 2600 could have sold as many as 30 million consoles. That is a big difference in popularity!

I actually missed this the first time round too, there was no ColecoVision in my house as a child, but I bought one a few years ago with what seemed like a gazillion games for it.

There were so many games, and it was kinda overwhelming, so my retro kids stepped up and helped me make this list. Isn’t that awesome? Anyway, here are the 5 best ColecoVision games. This game bleeds 80s from every pore…

When I picked up turbo, all the extra pieces were a little confusing at first and well, the steering wheel and accelerator pedal seemed a bit odd. Once I played a few round though, that completely changed. Those are the controllers for Turbo as you drive through all the hazards in the game, to reach the end within the time limit.

There are different stages to race through that have their own environmental hazards too, in addition to the time limit and the target you need to achieve. Getting more points makes the cars faster and gives you more dangerous hazards also.

I was not expecting it, but this game is a lot of fun! It is frantic, fast-paced action with some nice eye candy to boot. Genuinely a great game and I am glad to have been able to experience it on the ColecoVision.
*

4. Tapper (developed by Marvin Glass and Associates, published by Coleco1984) Hectic to say the least, but you are unlikely to stop, until you serve the last beer

So you might know this game as Root Beer Tapper or just as Tapper, since it was kinda called both. Do not get confused, as it is still the same game. You play as a bartender/soda jerk serving drinks to patrons before their patience runs out, while also collecting tips and the empty glasses.

A re-themed version called Root Beer Tapper was released later for arcades and home use, since the original was sponsored by a brewing company.

There is never a dull moment in this game, you are running around almost constantly to pass out drinks and collect the old glasses from the tables. Serve every customer and do not break a glass! There are even a few bonus rounds that shake (or not) things up a little to keep it interesting. This is what we (my kids and me) call a “car shooter” where you chase bad guys on the highway, to run them off the road or shoot them, while also avoiding civilians.

Of course there was also huge Super Action Controllers that came with the game too! After destroying a car, you need to swerve to avoid the flaming wreck of what is left, as you hunt down the other villains.

The closer to the top of the screen you are, the faster you go, which is great for catching up with the baddies but well… Harder for dodging civilians.

Unlike a lot of other games, Spy Hunter feels totally different every time you play, due to how the enemies are randomized and the road can also change, plus you can even become a speedboat for a shootout on the water. There was just so much to love in this game, it is easy to pick up and difficult to put down again! Strange but true, the gameplay reminds me of the Casio car race game. I loved those magical watches…

Okay hear me out, this is not one of the best games of all time and it is no wonder it did not win any awards. However, it is a lot of fun to play with others and my retro kids just love it. It is a “penguin racing game” where you control a penguin running for research stations located in different parts of the world.

The way he waddles faster than Usain Bolt runs is pretty hilarious, and there are obstacles to avoid as well, like holes and walruses. I know I am not actually running anywhere, but the illusion of movement and progression is very convincing, to the point that you can kind of forget the fact it is just an illusion.

It is a bit of a one-trick game with 10 stages and the ability to make repeat runs for faster times, which is great in a household or if there are at least two of you to compete with each other. Antarctic Adventure is memorable for the simple gameplay, repetitive music, quality graphics and all those memories it can create.

2010: The Graphic Action Game (developed and published by Coleco 1984) 2010 is one of those games that definitely needs to be on this list, even if you are not too sure what to actually think about it. It is set on a space station and is a series of puzzle games where you are trying to repair it. The puzzles here are quite challenging and require a lot of thought, with screens that might also be a bit confusing, at times.

A difficult game to the point that it might not be very fun, and it felt a bit like work to me. Almost like another job. Anyway, this game definitely has something special to it with the quality graphics, sci-fi music and difficult puzzles. It is just not for everyone.

Below is my number one pick: I can safely say it is one of the most surprising games I have ever played…

1. Fortune Builder (developed by Circuit and Systems, published by Coleco 1984) Do not be fooled by the basic graphics, Fortune Builder is a lot deeper than one might think. I see it as a forerunner of the one and only SimCity

Fortune Builder is something that captured me almost immediately and, more importantly, this was one of the first simulation games to ever be made. Most likely the first Tycoon game, also. Fortune Builder teaches you about how businesses impact each other, as you develop a stretch of land, to add a range of businesses, including apartment complexes, casinos, arcades and resorts.

You need to create a layout that works, so that things are close enough and workers do not need to commute too far, while making sure to not place factories next to certain buildings. The aim is to build profits, while also balancing the area and dealing with whatever the news headlines throw at you, with new laws and the like.

It is genuinely a brilliant game and one that helped to kickstart the entire Simulation, Management and Tycoon game genres. Even today, there are games that use systems like the ones this game includes. Even in Cities: Skylines you need to take planning into account for commute times, and what structures go where to make everyone happy, but keep profits up too. 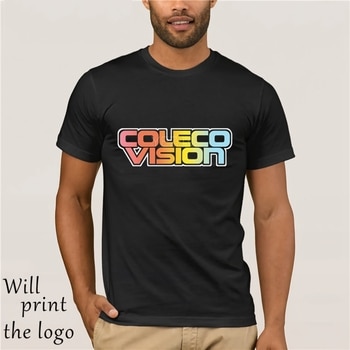 So, how many of you retro folks have played some ColecoVision games? Again, I know it was not that popular when compared to the Atari consoles, but it did have a few nice games. Being able to see these games now does make me a little sad that I missed out on them as a kid, but at the same time, I probably would not have enjoyed 2010 or Fortune Builder as much back then. So maybe skipping the console was a good thing? Who knows?

Ps.
Is there any gaming lists you would like me to cover? Again, just give me a shout in the comments below, and if I know/own the system and have played it extensively, I will be more than happy to do that for you.

In any case, come next year, I will be starting to cover the best arcade sports games ever by composing a top 5 rankings for each sport. It is a huge project, but I cannot wait to get started. And this is not the only surprise, many more will come. Stay tuned, stay retro!