You guys know me – I am a football addict, and that is definitely the case when it comes to football manager games on the Amiga. Not only did they help me realize long-held dreams as a kid, but also they are just darn fun. Video games and football… What a fine blend to get hooked on!

Yeah you are right, I actually called myself a “soccer addict” back in my Top 10 Retro Soccer Games article. So why “football” instead of soccer, now? Well, the games I am about to talk about all have European origins and, as you know, it is called football there. In fact, it is called football in most of the world. So, who am I to question convention?

Nonetheless, no matter what you call it: If you love the Amiga and the game of football, read on because I am going to tell you about some titles you will absolutely love.
Without further delay, below are the 5 best Amiga football manager games ever:

5. Premier Manager (developed by Realms of Fantasy, published by Gremlin Interactive in 1992) How can you not love this 90s game menu? Bleeds nostalgia from every pore…

Premier Manager was not an Amiga exclusive (it also showed up on the Atari ST and DOS PCs, for example) but it is perhaps one of the system’s best club management simulations you will find that has multiple ports, including a later edition for the Sega Genesis. You know what that means: If Amiga is not your cup of tea, you have got options. To master the game, you have to perfect your management of an English league football franchise.

The game lets you (and three of your buddies) assume the day-to-day operations of an English league club, which means not only bringing it home on the pitch but also making sure you do not go bankrupt in your race for the cup. Speaking of which, you have got the FA Cup and UEFA Cup up for grabs. Whether you choose to play the single-player or multiplayer game, Premier Manager will surprise modern gamers with just how deep the game is.

I am talking about some true micromanagement options that were just not commonplace in games like this back in the day. Perhaps that is what makes it so compelling even now. You not only strategize how your team plays on the field, but you also administer the nitty-gritty business details of running a club. You can hire and lease out players, as well as raise money through loans and selling tickets. For 1992, this was all mind blowing.

And it still is!

4. The Manager (developed by Kron Simulation Software, published by Software 2000 in 1992) I admit it, I had a soft spot for Matthew Le Tissier and his magical goals, so when I can choose, I will be Southhampton!

The Manager is your classic PC sim. That means there is a lot of clicking and learning what icons means. Even so, it is intuitive, fun, and insanely addictive. Often hailed as the best football game on the Amiga, The Manager is a serious simulation with three different game modes – one-year, three year, or forever – and some oddly RPG-esque mechanics that still make each mode fun to play.

For example, the one-year mode puts you in the best league with a team that has a shot at winning it all. But in the unlimited game, you begin with a bottom tier team consisting of hopes but not much talent. Your goal is not to win the cup immediately but to just survive. That is awesome. For one, the time frame mode selection is basically a player’s way of filtering what type of experience they want to have. And the unlimited game is like every other grindy RPG or sim out there. Your only goal is to survive.

Naturally, this game has an extravaganza of options from sponsors of training camps to ticket prices. The amount of detail and focus is just amazing in a retro football game. Like I said, this list is basically a best of the best and all of these games bring it when it comes to being a football sim.
* 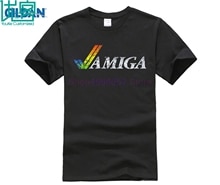 3. Ultimate Soccer Manager (developed and published by Impressions in 1995) And should we feel we’re not good enough to be promoted, we could always rig matches, lol…

With a name like that, you better bring your game (pun intended). Ultimate Soccer Manager does and it is pure-A game throughout. Brought to you by Impressions and sold to the world by the famed PC publisher Sierra, USM pretty much dominated the genre in the late 1990s.

So, to start, USM has the micromanagement and detail-oriented stuff we talked about in the other two games above. But it also takes things a little bit further. Well, not a little bit further, like a lot further. You see, this title is not just about the “light side” of the football world, but is truly a total simulation in that the player has some options at his disposal that would not be a good thing in real life – whether it actually happens or not. I am talking about rigging matches and betting on your own team – or against them – to make money.

Similarly, you give after-game interviews in which your comments are then reinterpreted in classic “fake news” fashion. You could say something completely innocuous, and it would either be interpreted as deep commentary or something else. It is still somewhat staggering to consider the amount of detail and thought that went into this game. Even the immersion through the user interface is ahead of its time. Few games earn the descriptor, but this one is truly timeless.

2. Championship Manager 93/94 (developed by Sports Interactive, published by Domark in 1993) It is not often that sequels are better than the original but, in the case of the also known as Championship Manager ’93, it very much is a better game than its predecessor. But I can only pick one game per series if I am staying honest with myself, and I think the 1993 installment is just a no-brainer option. So how did it make itself better than the original?

Well, for starters, it used actual player names. You do not need to be a dyed-in-the-wool football fan to know how much that means to the “realism” of it all. This was also something that no one else had, which gave CM 93/94 a huge advantage over the competition. Not only that, but there was ever a (limited) market for foreign players. You could truly assemble the team of your dreams – within some limits. There were not many limits, but there were some.

For one, even though you got more match commentary, few people really care about that. But the team behind this game really went out of their way to make this feature stand out. Perhaps the biggest leap outside of real player names is the implementation of the FA Premier League. The Championship Manager series remains a touchstone for many of us footy team management sim players, because of its direct connection with franchises and players that were at the time. This has lost relevance as the game has gotten older, but the core, solid gameplay remains as compelling as it was yesterday. Have you ever heard of the phrase “jack of all trades and master of none”? That is sort of what you could say about Player Manager but it is not that fair. You see, as a football sim, it is great, but as a single-player you can – either as a team or embodying a fictitious player named Alex Reeves – play out the matches yourself, and this is either your cup of tea or it is not. In fact, it is completely optional.

But if it is optional, but it is also a huge calling card for the game, doesn’t that send mixed messages? Yes, yes it does but do not get me wrong: Player Manager is an amazing game. Of course it is, because it comes from the genius mind of none other than Dino Dini, the guy who also helped bring Kick Off to life. It is just that when I sat down to come up with a list of the best footy team management sims out there, I could not really give pride of place to a game that spent half of its time sort of doing what you can do in another, better game.

I want to manage a team, dang it, not a player! All joking aside, PM is a stellar game. In fact, the player-manager role is huge in England, so to each their own. Even so, it is just not the pure experience that would merit it having a place on this list, outside of the honorable mention column.

Below is my number one pick. You will be surprised, but trust me, I am really “on the ball”…
*

1. On the Ball: World Cup Edition (developed and published by Ascaron in 1994) Did I mention the play-by-play commentary? Absolutely atmospheric! And did you know that you could even praise, criticize or psyche up your players during the halftime and that might affect their performances? So much ahead of its time…

Germans take their sims seriously, and nothing shows that quite like On the Ball: World Cup Edition. Like others on this list, you simulate the English League, but you also have a slew of management options with regard to your team – even allowing you to customize the whole squad – as well as whether or not you want to pursue the World Cup directly or work your way up. If you are scratching your head and thinking “how is this game number one? I have never even heard of it before,” well, that is likely true and it is also unfortunate.

On the Ball never had a big English-language fanbase and that is probably why some of its finer points were never appreciated. There are even five levels of difficulty for those of us that worry we might “master” a sim too early. Speaking of which, this game is a no-frills German simulation from Ascaron. Launched in 1994, it was barebones then.

I am talking about an interface that is loaded with text and information but do not expect to see a lot of fancy graphics and animation. This is a stats-driven experience and if managing a spreadsheet is not your thing then On the Ball might prove a challenge. Some of us just need pictures and that is understandable. But for the rest of us that truly love the pure “sim” aspect of games, On the Ball is an absolute masterpiece.
*

What about you, retro folks? Do you have any games that you would add? What do you think of these choices? Was I too strict on keeping Player Manager in the honorable mentions? Let me know what you think in the comments below.