If that summer day of 35 years ago I had kept on playing in the backyard, rather than accompanying my friend Bonnie and her father to a nearby bar, I would have never discovered the object that changed my lifestyle: an 80s arcade machine!

Neither my parents nor my grandparents would have ever taken me to a bar and – less than ever – allowed me to look at an arcade machine from a playing distance.

– For the few (hopefully) who do not know what an arcade machine or cabinet was, well, it was a game machine that  you could find in public businesses such as restaurants, bars and amusement arcades.
Most of them were video games and were coin-operated (1 coin 1 game, impossible to forget). –

It was because of the obsessive heat and the half hour spent playing football that Bonnie’s father decided to go to the bar to buy ice cream for the kids there.
As he was about to go, he asked me, “Are you coming with us, Andrew? We might need some help.”

I was about to say no, overwhelmed by shyness and the notorious dislike of my family for bars, but my grandmother, even though unhappy, prompted me to go in order to not leave a bad impression. He was going to buy me ice cream, after all.

Just got off a spacecraft – is this an alien?

No, I am not talking about E.T., I am just summarizing the way it was portrayed that magnificent * 80s arcade machine that I noticed as soon as I entered the bar… Few customers dared to go near it. Most of them stayed far away and preferred to apostrophize it with expressions like: “Martians brought it yesterday” Or: “Where have its antennae gone?”
And again: “Is it not too big for being a coffee machine?”
But I did not care at all, I was already very intrigued, not to say completely attracted to its shape, its design and especially to those strange images that were projected onto the screen…
I thought to myself: “If that is not a TV and if those are not cartoons, what the hell is that object broadcasting?”

With a natural child’s naivety, I addressed the above question directly to the barman, to which he replied:

“It is not a cartoon. It is called video game, because it is a game that you can play through a video, that is, looking at some images. There are sticks and buttons that you can use to move the character and make him perform some actions depending on the game. Anyway, do look at it right now, because if it continues like this I am afraid I will have this machine removed soon. No more than 3 people a day play it, I should not have brought it here.”

I did not understand much of the barman’s explanation and I guess he was probably repeating a definition learned by heart.

Regardless, the more I looked at those scrolling images featuring a little man climbing a building, while trying to avoid being hit by flower pots, the more I wanted to help him.

The video game in question was “Crazy Climber” but maybe, in that very moment, I was crazier than him. 😀

Grounded but happy! – I had to play it! There were basically two obstacles that stood between me and the video game:

1. Bonnie’s father had just paid for the ice cream tubs and we were set to leave the bar to go home.

2. Playing the video game was not for free. The barman was quick to tell me, as soon as he saw me messing around with the stick and the buttons in the hope of starting a game.

I was only 6 years old and obviously I had no money with me. Bonnie’s father was my only hope, even though it meant sure punishment from my parents!

One of the strictest rules set by them was to never ever ask for money from anyone and for any reason.
I was about to break that very rule, but without regrets… If the barman was really going to have the cabinet removed, I would not have had the opportunity to play Crazy Climber and it was a risk that I did not want to run…

“I will happily be grounded”, I told myself. I therefore decided that I would ask Bonnie’s father for money, adding that my granny would then give it back to him.

I was a small, fearless warrior. 😛 And so it was that as we were about to leave the bar, I stopped on the exit door and said in a determined way: “John, would you mind lending me 10 cents? I would like to play that video game. I am talking about that machine over there, this is how the barman called it. ”

He could not even take a breath to answer that I added (in an imploring tone, this time 😀 ): “Please, please, I have never played it and I am sure I will lose immediately, but I have to try it… I cannot resist, it is too good! “Fortunately for me, Bonnie had been equally fascinated by the video game. She was just less cheeky than me. 😀

My request for money to his father gave her the courage to join my “battle”.

At that point, John could just not say “No” to his beloved daughter and so we went back inside.

A proper clarification before continuing: yes, you read that right… 10 cents, incredible, uh? 10 cents were enough to buy a ticket to Toyland.

Those were the days… As real as it gets!

As I was saying, John agreed to the request, but he urged us all the same while he dropped that long-awaited 10 cents coin in his daughter’s hands. He seriously said: “Just make it quick or the ice cream will melt.”

Bonnie inserted the coin, but she let me play first; maybe she was afraid to fail.
I could not care less instead, I just wanted to play and finally, it was time. Right when the first stage was about to begin, I heard John giggling with the barman, with the latter claiming that he had tried to play the game but had quit after 30 seconds. He went on to say that he did not even know how to move the Crazy Climber (I knew he had quoted somebody else’s explanation verbatim). It goes without saying that he predicted the same outcome for us.
He was right, but only partly…

If on one hand my first life lasted 30 seconds (just like his), on the other one I was already completely enraptured by that virtual world.

The first click of the stick was enough for me to understand that I had got into video games.
It was a brand new form of fun but I immediately clicked with it. As I heard the barman regretting that he had not picked a sports game rather than the bizarre “Crazy Climber”, I was picturing myself scoring a bicycle kick goal, scoring a three pointer, getting a try or even hitting a home run… I was going to be the protagonist! I kept repeating to myself: “Whatever I am not able to become in real life, whatever I do not accomplish, I will in video games!”

For the record, Bonnie’s attempt lasted less than 10 seconds, after which she kindly left me the third and last life.

I have never seen her playing a video game again. 😀

My second attempt lasted almost a minute, this time. I managed to climb a few floors, before being hit and sunk by a flower pot.

Anyway, I derived great satisfaction by innocently taunting the barman with a wisecrack. I went: “Buttons are of no use to Crazy Climber, you only need to move the stick. I guess that is the reason why you did not understand how the game worked, Sir.”

After that, we left the bar satisfied (at least I was) and we headed home. The extended stay at the bar had lasted no more than a couple of minutes, after all.

In addition to that, the ice cream had not melted and I was delighted by that short but incredible experience.

Could I ask for more?

Yes, I got grounded – no happy ending… For my parents 😀

Knowing that I was going to be grounded for asking money to John, I tried to be proactive in order to get a milder punishment. So, as soon as we got back to the courtyard, I said to my granny: “You have to return 10 cents to John; I borrowed them to play a video game. I know I am wrong. I will immediately go home and to show you that I am aware that I made a mistake, I will not eat ice cream.”

I ran home in the hope that my grandmother would not follow me, but it was a vain hope… She basically entered the house with me and I had to sit through a half-an-hour lecture from her.

Obviously, I could not even taste ice cream on that day. 😀

Unsurprisingly, my parents grounded me for one week – which can be very frustrating during Summer holidays – but unexpectedly, the punishment backfired them.

I spent the whole week obsessively talking about that arcade machine and the Crazy Climber game.

When the longest week of their lives ended, my father was dejected, to put it mildly.

The first thing he did was open wide the door and let me out. What a liberation it must have been!
He then went up to my mother and wearily said: “Next time, let us just tell him to not do that again, deal?”

This was my first encounter ever with a gaming machine, what was yours?
Till next retro story! 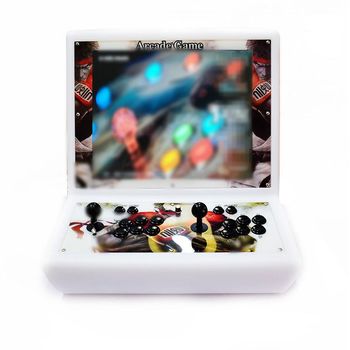