If you have always wondered what a retro gamer’s games are, then I have got something for you: below is my interview with Harjit, owner of Retrogamingtribe.

I am going to keep this one short, but before getting to the meat, I really need to thank my guest for the time and effort he spent answering my questions. It was supposed to be an interview, but he actually turned it into a collection of short retro stories.

Props, kudos and hats off Harjit, you are a genuinely nice guy and your retro culture is huge!

1. So welcome, fellow retro-er! Please introduce yourself to RGL’s readers.

Hi everybody, I am so glad to be here. Thanks, Andrew for the opportunity.

So, let us start with the basics.

My name is Harjit.

(In a AA meeting style) I too am inflicted with being tagged as a ‘Retro-Gamer’, and – as previously mentioned – I am also the owner of the site Retrogamingtribe

Like most retro gamers, I have a great fondness of everything retro. Retro Music, Retro Movies, Retro TV, Retro Tech, Cars… I could go on and on!

All I listen to in the car is a radio station called ‘Absolute 80’s’. So much so that my 2 kids know the words to classic 80’s tracks that people twice their age have no idea about Haha! If including electronic games, my first foray into gaming was a game I got as a Christmas Present in the early 1980’s called ‘Gunfighters’ By Gakken Electronics

Gunfighters was a cowboy shooting handheld / table-top game. The aim was to simply fire shots at the cowboy opposite and to dodge the shots coming from his direction.

Stand, crouch or lay down on the ground to make sure you did not get hit. I am sure there was a cactus in the way somewhere too not unlike the barriers in Space Invaders.

Two things I remember quite vividly to this day about that game.

1) The key to the wardrobe where this Christmas present was being stored before being wrapped up ( I knew Santa did not exist, clever kid you see!) went missing and was not found until after Christmas. I would love to tell you that I opened up that present on Christmas Day beaming ear to ear but sadly that was not the case. 🙁

2) On the last day of school term we got to take in a game to play with. Let us just say I lived that day…Like a god! Everyone wanted to have a go on the thing… The cute girls got to have a few more plays than the boys 😉

The first game I ever played on a home based screen system was ‘Thro’ The Wall’. This title was the first game on the Horizons bundles starter cassette with every new Sinclair ZX Spectrum. It was basically a simple knock out all the bricks in the wall ‘Breakout’ style game which had me on the thing for hours!

My first gaming system – if you can call it a gaming system – was a 16K (Yes, 16 kilobytes!) Rubber Keyed, Sinclair ZX Spectrum. It was bought used by my Dad from a friend at his work. It already had a Bunch of games for it and a WH Smith tape recorder. I cannot really say I was an arcade gamer. I do not honestly know why? Maybe I was too young in the early 80’s to be venturing out to the Arcades.

I remember playing on a few but will have been when visiting the seaside with my parents and brother rather than going into town with friends.

I am kinda glad in a way. I would have only spent money we did not have. I have always been really sensible, so even as a kid I would have rather saved up and bought something to use at home, rather than plough the cash into a machine and walk away.

From the machines I do remember playing they would have to be Out-Run, Operation Wolf, Daytona to name a few. I was lucky enough to try the G-LOC R360 rotating machine once, which was fun!

I always steered (mind the pun) towards the driving games and still do to this day.

5. I am going to name a few video game genres: please tell me your favourite retro title for each of them: The one and only Tetris! Sadly, I cannot post a picture for each game, but Lotus Challenge deserves to be featured. A true retro gem!

Would be a crime not to mention these…

This is a tough one! I really cannot separate these three machines. I love them all!

Sinclair ZX Spectrum, Commodore Amiga A500, * Nintendo Super Famicom.
I would love to sit down every evening and chill with a beer and a game but you know what they say, life is what happens when you are busy making other plans!

The ZX Spectrum needs attention and I will not play spectrum games on an emulator on a large LED TV, it just would not do it justice. So that is work in progress.

The Amiga, I have it in working condition but I just do not have the space for it to be rigged up all the time, so it spends a lot of its life in its box. Kinda work in progress too!

The Nintendo Super Famicom gets the most use. It is the most plug and play and the instant load times help. That just works! It gets set up most weekends for a blast! So yes, it gets regular use.

I actually have 2 of them for reasons only retro gamers know hahaha!

7. Do you play online or with your friends/family members or kids?

Shock… Horror! I have never played a game online! I have always been a casual gamer. Never taken it too seriously which is probably why I prefer a good racer or shoot’em up where I can pick it up and put it down. I never was the type of kid who would try and complete a game. Either I was too lazy or I had to put that joystick down when The A-Team or Knight Rider was on the box.

When the console does get fired up it is generally with my 10 and 11 year old kids who love playing the games which graphically cannot match the likes of Fortnite or Forza 4 but they are fun and that is what it is all about. The current fave is Super Pang!

Gaming nights generally involve a projector too to make it even more fun! 🙂

There are loads but will keep them short and sweet. More than happy to cover in more detail in the future if anyone is interested.

1) Getting my Sinclair ZX Spectrum and renting games from our local library, they also had a colour laser photocopier so would copy the inlays there too!

2) Being the kid whose parents had a great Hi-Fi and could copy any game… Purely for backup purposes mind…. I always owned the game 😉

4) Playing with the big boys at 14 years old. Running a mail order company while still at school selling consoles and games to the gamers of the U.K! Importing consoles from the U.S & Japan.

I remember setting my alarm clock for the early hours so I could phone through my orders for stock, absolutely Crazy!! I very recently found the advert we placed in the gaming mags after searching high and low for it online. Makes real good reading!

It also meant I have had at some point nearly every console there was at the time!

5) Having my Nintendo Super Famicom imported from Japan just after release date. Mine and my friends both ordered at the same time we thought to be one of the first ones in the country!

9. What prompted you to start a retro gaming blog?

I wanted to reach people. I wanted to have something that would provide a service to anyone who wanted to take a moment to read and listen. We have all got some great stories. Not enough of us share it though.

Originally I started a finance blog.

After a while I remembered why it is I do not practice as a financial planner (which is what I am qualified in)… Because it absolutely bores me to death!

I was finding excuses not to write articles, not to work on my site and had no passion for it whatsoever!

I would be sat in front of my computer ready to write and instead would find myself on Ebay looking at what retro goodies I could bid on.

Surely I could combine the two!

So I ditched the site and started my retro gaming blog.
* 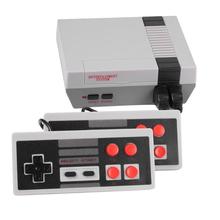 10. What is the goal of Retrogamingtribe?

To help people re-live the games of their youth!

I love looking at this old stuff. I am a great believer in if you like something, then surely there are other people out there who like that stuff too! When you share that stuff on social media it is amazing the number of comments you get, which proves that point.

I like to think big but it is the people who are listening and reading that will determine how that goes and on how that path is carved.

Anything I would buy as a retro-er, we would love to supply to other like-minded retro-ers. 11. Last but not least, any future plans or secret wishes?

Wishes? A machine that creates more hours in the day maybe Hahaha.

Seriously though, plans are to get back the machines I had but no longer own. Nintendo Gameboy classic, an Atari Lynx, a PC Engine Turbografx16 among others.

I would not mind giving a few consoles I never owned a spin too. A Nintendo 64, Sega Dreamcast and an Atari ST of all things.

I really need to spend some time setting it all up and make it look amazing like some of the rooms you see… I Would love to know how long they spend dusting their spaces!

For Retrogamingtribe? To be more structured and not to end up looking at retro things to buy when I should be getting stuff done Haha!

Thanks a lot for having me on your blog. It has been both, a pleasure and an honour to answer your questions.
*

UPDATE: Unfortunately Harjit appears to have discontinued his blog. It is a real pity, I truly enjoyed his stories. Hopefully he will resurface soon…